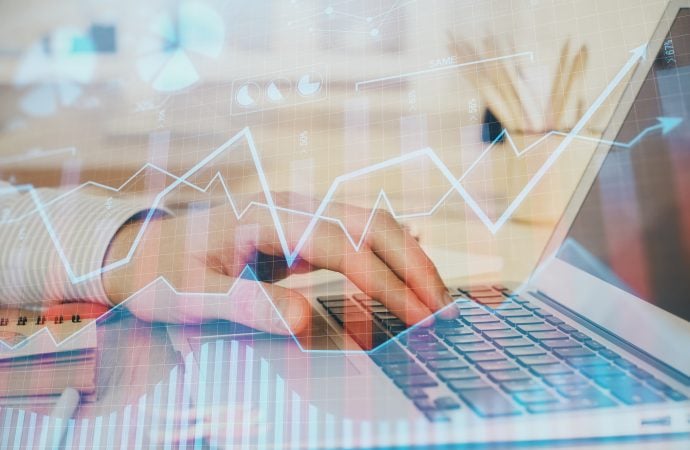 After four successive daily bull candles formed off descending support (prior resistance – 1.2011), buyers and sellers traded blows around supply at 1.1872/1.1818, a rally-base-drop configuration. It was only until yesterday did sellers make an entrance, pushing for lows at 1.1717.

Addressing lower territory, however, throws light on support from 1.1553.

Recent flow withdrew to nearby demand at 0.6964/0.7042, with Wednesday plunging more than 1.2 percent and closing at session lows. Note this area is also secured a few pips above a support level coming in at 0.6931.

Clearing supports shines light on the 200-day simple moving average at 0.6798 and a neighbouring support level marked at 0.6931.

From the RSI oscillator, we are turning lower ahead of 52.00 resistance.

Each timeframe represents demand right now. For that reason, continued strength out of H1 demand at 0.7033/0.7045 may attract fresh bids today, with the 0.71 level targeted.

Since kicking off 2017, USD/JPY has been carving out a descending triangle pattern between 118.66/104.62. July 2020 onwards, as you can see though, has had price toying with the lower boundary of the aforesaid pattern. Notably, October is trading lower by more than 1 percent.

Since August, daily price has also been in the process of shaping a descending triangle pattern between 106.94/104.18. Traders will also note the lower edge of the monthly descending triangle (green – 104.62) sits just north of the daily pattern’s lower border line.

Breaking beneath both the daily and monthly timeframe’s descending triangle supports (monthly currently under pressure) shifts focus back to daily demand at 100.68/101.85, fastened to the upper edge of monthly demand at 96.41/100.81.

Price action, from the H1 chart, discovered some support out of demand from 104.12/104.20 on Wednesday, though appears to have recently stumbled ahead of 104.50 resistance.

Until we cross under the daily timeframe’s descending triangle support, executing bearish positions might be a challenge, particularly for swing traders. 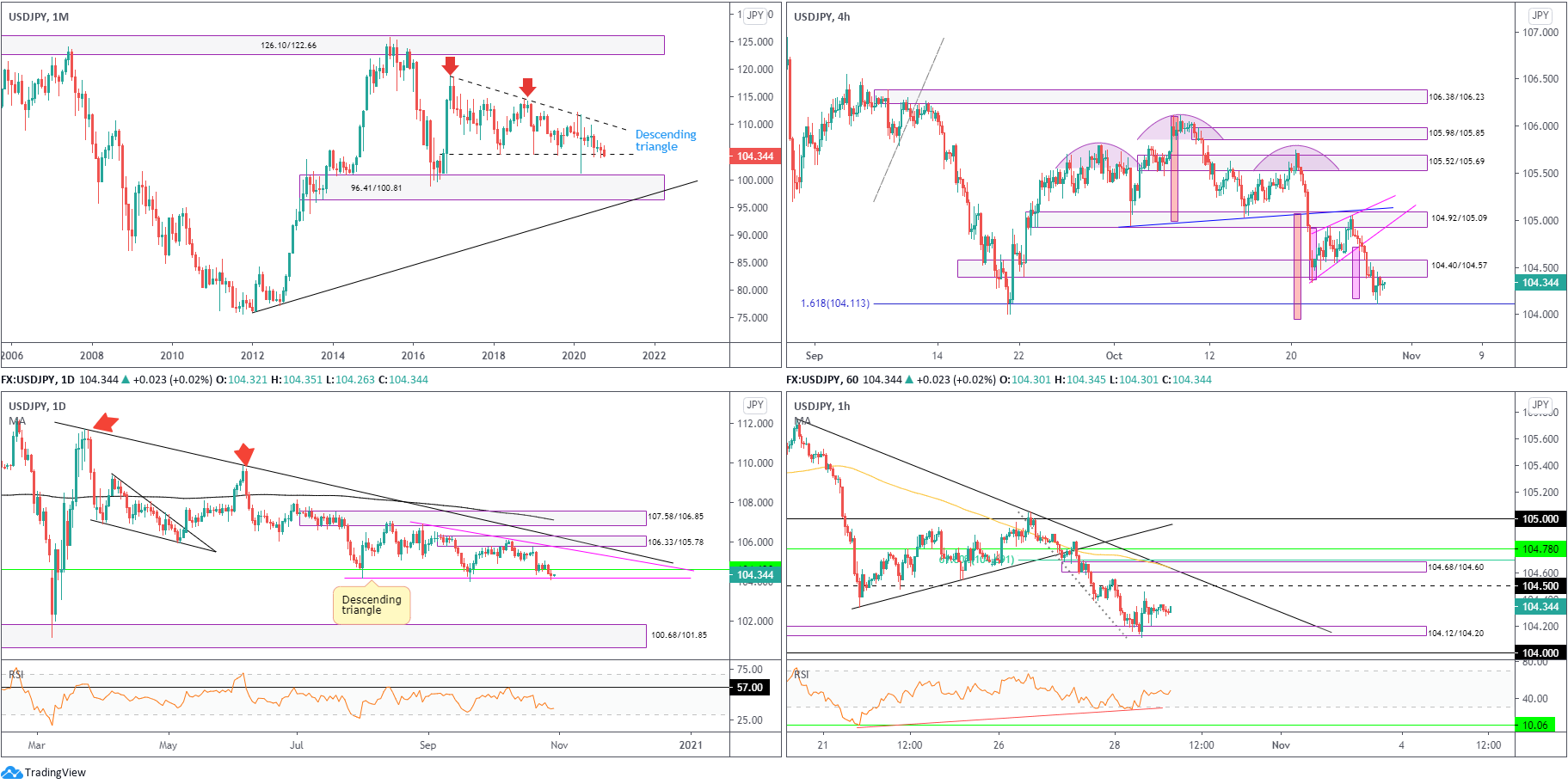 Leaving trendline resistance (2.1161) unopposed, the month of September fell 3.4 percent by way of a bearish outside reversal candle and snapped a three-month winning streak. This, in spite of October trading higher by 0.5 percent right now, advertises a possible dip to retest trendline support (prior resistance – 1.7191).

Wednesday saw price extend its recent retracement beginning from just under resistance at 1.3201, enough to perhaps shine some light on demand at 1.2645/1.2773 (and the 200-day simple moving average).

Trendline support (1.2687) made a show on Wednesday and, in spite of a mild whipsaw to lows at 1.2916, the ascending support held. Resistance at 1.3006, as well as supply from 1.3063/1.3020, however, could cause buyers to lose enthusiasm. Of particular interest is the supply given it was within this zone a decision was made to burrow through 1.3006 support.

1.2950 welcomed rather aggressive price action on Wednesday, movement that brought in channel support (1.3019) and ultimately rebounded to 1.30 resistance. Whilst we are seeing some interest from sellers here, tasty resistance inhabits territory above in the form of 61.8% and 38.2% Fib levels at 1.3015, levels that join channel resistance (1.3176).

Aligning just under H4 supply at 1.3063/1.3020, the H1 Fib/channel resistance confluence vibrates a bearish tone this morning, enough to potentially draw in sellers back towards 1.2950 support on the H1.