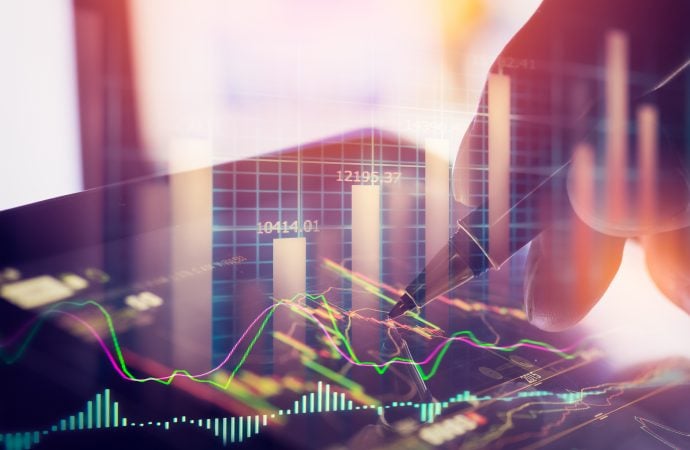 Following four successive daily bull candles off ascending support (prior resistance – 1.2011), sellers made an entrance from supply at 1.1872/1.1818 Thursday, a rally-base-drop configuration.

Bearish follow-through directs technical eyes towards the aforementioned trendline support, in addition to support at 1.1553.

The RSI oscillator, for those who follow the indicator, will note the value recently flipped off trendline support (prior resistance), yet is struggling to dethrone 60.00.

Retracement flows from H4 channel resistance, as you can see, guided H1 through steep trendline support (1.1703) and 1.1850 support on Thursday. After a fleeting pullback to 1.1866, an acceleration to the downside emerged, moves that elbowed 1.18 and a 100-period simple moving average back into line.

Note that the RSI value is seen hovering just ahead of its oversold area, gifting traders with hidden bullish divergence after penetrating trendline support on Wednesday.

The month of September (lower by 2.9 percent) shattered a five-month winning streak and tested the upper border of demand at 0.7029/0.6664 (prior supply). Structurally speaking then, buyers still have a strong advantage, free to explore as far north as 0.8303/0.8082 in the coming months, a supply zone aligning closely with trendline resistance (prior support – 0.4776).

Leaving supply at 0.7345/0.7287 (a rally-base-drop supply) untested, recent flow withdrew to deeper waters and cast light on nearby demand at 0.6964/0.7042, with Wednesday rebounding strongly from the said zone. Sustained interest to the upside shines light on 0.7243 peaks (Oct 9) and the aforesaid supply, a rally-base-drop formation.

In terms of the RSI oscillator, 52.00 resistance remains a key watch, with a break likely to persuade the indicator to head for overbought terrain.

Support at 0.7096 welcomed a retracement from 0.7136 Thursday and, following a brief consolidation, elevated to positive terrain. This shifts supply at 0.7147/0.7170 (prior demand) into the light (and neighbouring trendline resistance [0.7413]).

As we head into Friday, the H1 chart reveals a retest at 0.71 unfolded Thursday, a psychological hurdle that aligns with H4 support at 0.7096 and neighbouring H1 trendline support (prior resistance – 0.7243). As anticipated, a mild whipsaw through 0.71 to test the aforesaid trendline support occurred before buyers made a show.

Next on tap in terms of obvious resistance on the H1 timeframe can be seen at 0.7150.

The 0.71 retest, a hurdle that aligns with H4 support at 0.7096 (along with both weekly and daily timeframes bouncing from demand), could stimulate intraday buyers today, with 0.7150 initially targeted (lower ledge of H4 supply at 0.7147).

Breaking beneath both the daily and monthly timeframe’s descending triangle supports shifts focus back to daily demand at 100.68/101.85, extended from September 2016.

Longer term, we are at an interesting juncture, made up of a monthly and daily descending triangle supports from 104.62 and 104.18, respectively.

Shorter term, H1 and H4 resistances propose a moderate sell-off, though it is worth noting that a possible break to 105 resistance could occur prior to price exploring south.

Not really much to add here since Wednesday’s 1.5 percent advance.

GBP/USD recently sailed to fresh weekly pinnacles at 1.3176, surfacing a few pips below resistance at 1.3201. Also noteworthy on this timeframe is the RSI oscillator attempting to make its way above 60.00, threatening moves into overbought levels.

Support levels rarely hold to the pip. For that reason, it may also be worth preparing for the possibility of a whipsaw to the 100-period simple moving average on the H1, currently trading around 1.3016. 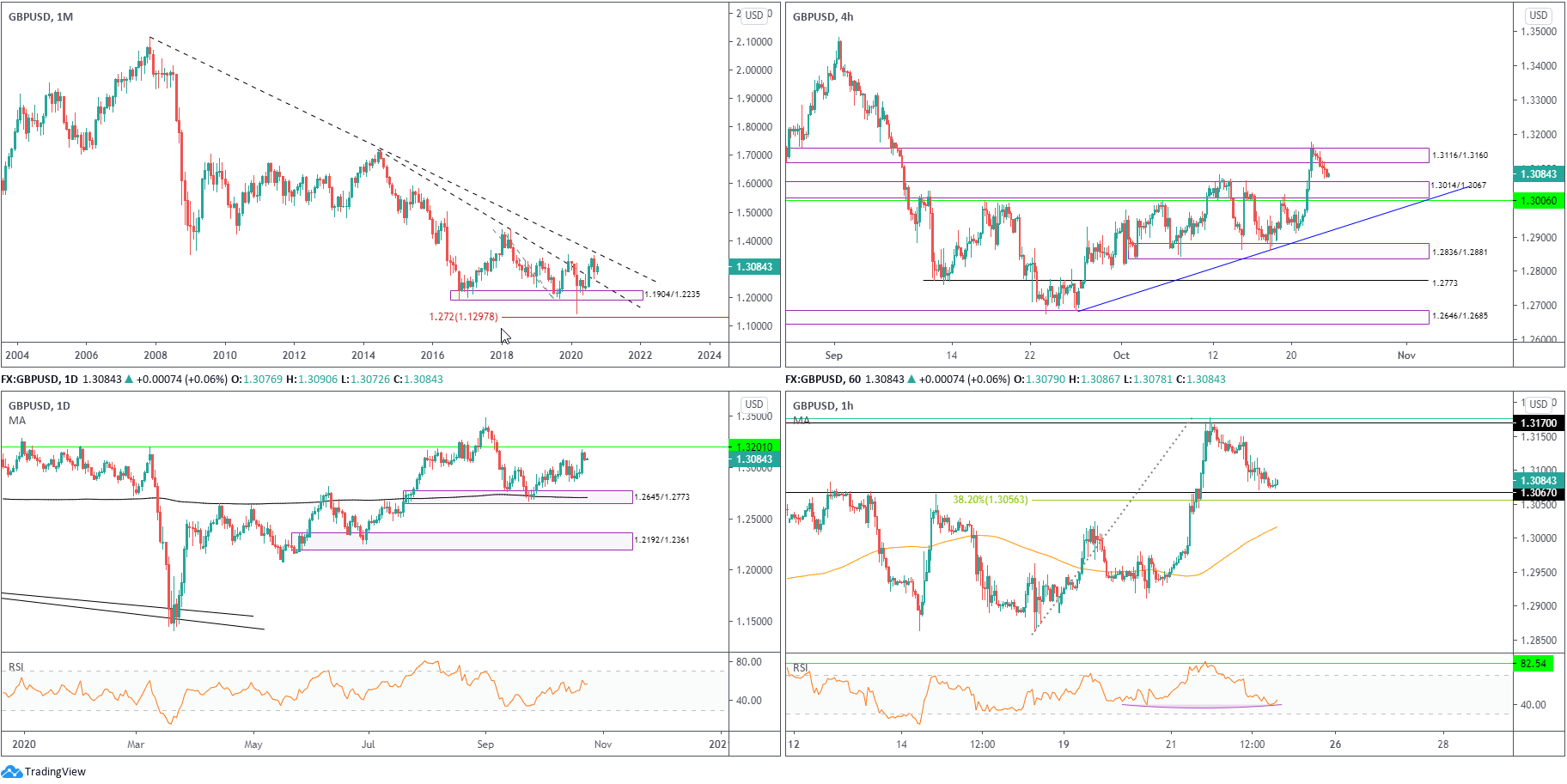