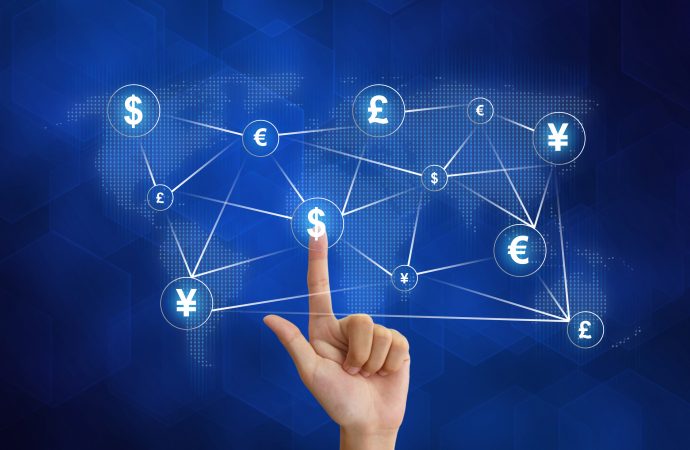 Heading into the US session Thursday, volatility dried up considerably as buyers and sellers squared off around the 1.17 level. Traders will note the round number is joined closely by a 61.8% Fib level at 1.1695 (green line) and a support level at 1.1684. What’s more, RSI bullish divergence is obvious.

Absent of support on the daily timeframe, sellers appear to have the upper hand.

On the H4 and H1 timeframes, however, price movement is engaging with supportive structure. In light of this, an intraday recovery could develop today, with 1.1719/1.1735 on the H1 likely to be targeted.

Failure to hold gains could trigger a bearish response south of 1.1684 on the H1 timeframe, targeting 1.1650 support.

Another key observation on the daily chart is the RSI oscillator fading support-turned resistance at 52.00.

As aired in Thursday’s technical outlook, the lack of buying seen out of demand at 0.7147/0.7170 questioned bullish commitment. The aforesaid area lost grip late Wednesday and set a bearish tone Thursday, which observed demand at 0.7073/0.7097 have its lower boundary taken out.

With sell-stops likely tripped under the aforesaid demand, despite the mild recovery into the close, additional bearish sentiment towards demand at 0.7014/0.7035 may be seen today.

0.7050 support, as you can see, failed to make an entrance on Thursday, before the unit staged a mild-end-of-day pullback.

September, as you can see, tested the lower boundary of the aforesaid pattern and ended the month modestly off worst levels, with October now emphasising a hesitant tone.

Supply at 106.33/105.78, perhaps encouraged by the RSI oscillator also fading resistance at 57.00, remains dominant on the daily timeframe, with monthly support at 104.62 (the lower boundary of the monthly descending triangle) also on the radar.

USD/JPY latched onto a relatively strong bid Thursday, backed by the DXY crossing above 93.50 in dominant fashion. This saw the pair extend recovery gains off demand at 104.92/105.09 and pull price to within a stone’s throw from supply at 105.52/105.69 (prior demand).

Traders, particularly those considering a bearish position out of current supply, are urged to pencil in the possibility of a whipsaw through the aforesaid supply to test the lower edge of daily supply at 105.78.

After retesting support at 105.24, the US session observed buyers change gears, breaking through trendline resistance, taken from the high 105.79, and a 100-period simple moving average to top just ahead of 105.50 resistance.

The H1 retesting supports, together with daily price exhibiting scope to approach at least 105.78 and H4 to 105.52, could spark an intraday advance in early Asia today.

Although leaving trendline resistance taken from 2.1161 unopposed, the month of September managed to fall 3.4 percent by way of a bearish outside reversal candle. This advertises a potential trendline support (prior resistance – 1.7191) retest.

Sterling plunged against a broadly stronger US dollar on Thursday, losing more than 100 points into the close. As you can see, this has positioned the pair a few points ahead of familiar demand at 1.2836/1.2881, a clear drop-base-rally configuration.

Buyers, as you can probably see, offer a non-committal tone at the moment, emphasising the likelihood we may whipsaw through the round number and cross paths with neighbouring H4 demand at 1.2836/1.2881. 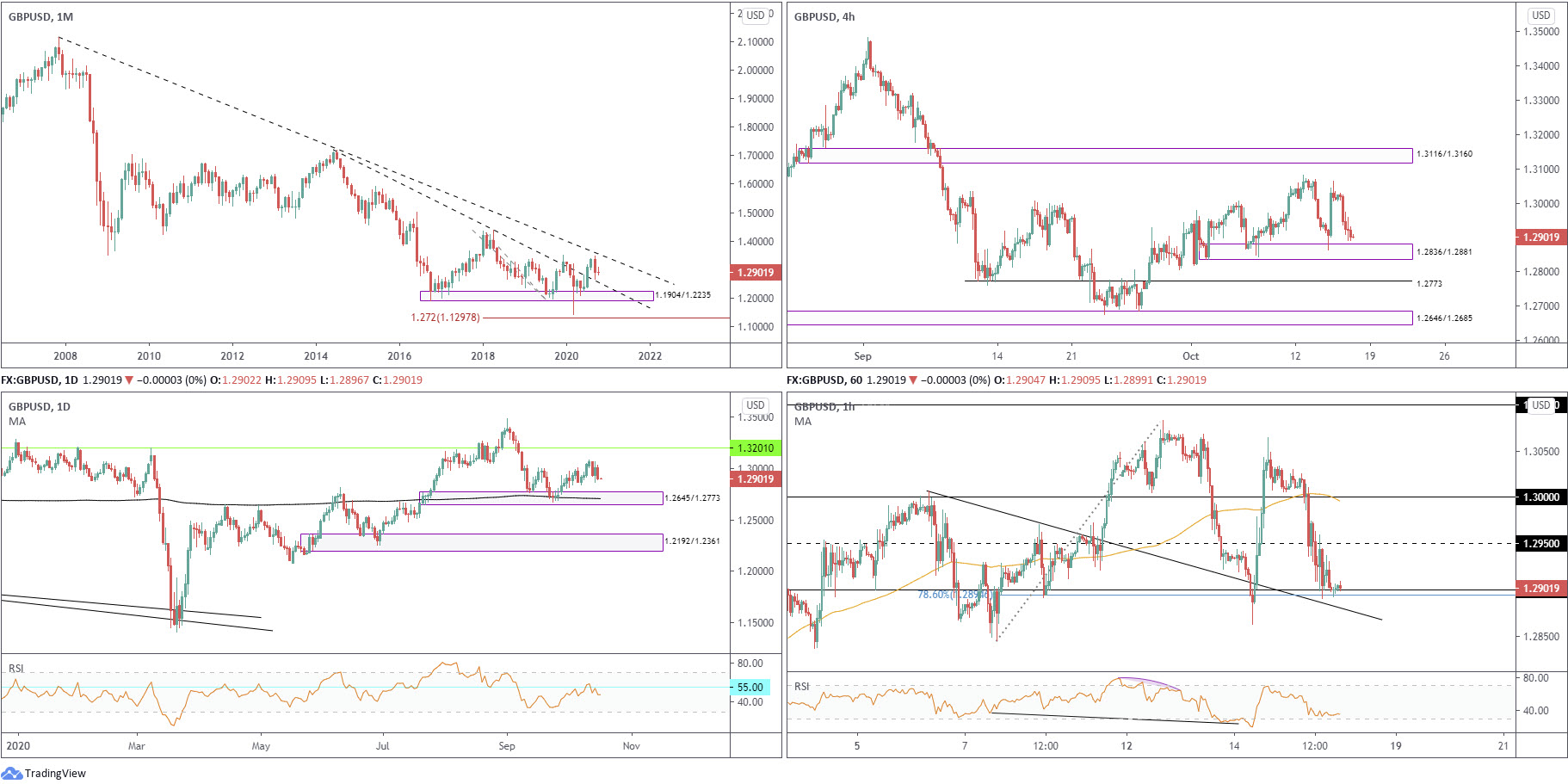