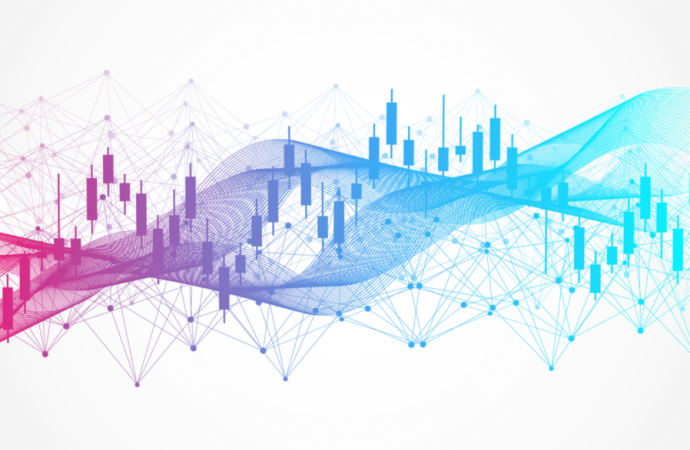 Recent trading reveals buyers regaining some consciousness out of prime support at $1.1473-1.1583. Follow-through buying is on the table, potentially fuelled on the back of long-term sell-stops tripped beneath lows at $1.1612 (2020).

In the event buyers fail to agree higher prices, south of current support shines the technical spotlight on a 61.8% Fibonacci retracement at $1.1281, organised above a 1.618% Fibonacci projection from $1.1228.

A handful of pips ahead of Fibonacci support between $1.1420 and $1.1522, EUR/USD bulls entered an offensive phase Wednesday, motivated by softer US Treasury yields and a lower dollar. Of technical note is the aforementioned Fibonacci support glued to the lower side of the weekly timeframe’s prime support.

Resistance demands attention at $1.1614, with a break unmasking Quasimodo support-turned resistance at $1.1689.

Out of the relative strength index (RSI), the value recently pulled in hidden divergence from within oversold territory. The 50.00 centreline is now a watched level; movement north of the latter signals positive momentum.

Wednesday’s bullish narrative lifted the currency pair above $1.1563 and, in recent hours, above channel resistance, extended from the high $1.1846. Violating the aforementioned levels centres attention on resistance from $1.1622—fixed a few pips above daily resistance at $1.1614.

Medium-term sentiment facing southbound since June, however, could weigh on further upside. With that, $1.1622 serves as a base sellers might emerge from if brought into the fight.

Traders are also urged to pencil in the possibility of a spike to daily and H4 resistances, seated above the noted H1 resistances at $1.1614 and $1.1622, respectively.

Between $1.1622 and $1.16 represents key resistance, taken from daily, H4 and H1 timeframes. Price respecting this area suggests a shortfall of bullish interest out of weekly prime support at $1.1473-1.1583. Overthrowing the said resistance, on the other hand, indicates strength to the upside.

The Australian dollar extended its bullish presence Wednesday, closing in on weekly tops at $0.7385.

Latest out of the relative strength index (RSI) reveals the value journeyed above the 50.00 centreline, informing traders that average gains exceed average losses: momentum to the upside.

In similar fashion to yesterday’s analysis, we know price on the weekly timeframe is coming from prime support at $0.6968-0.7242, in addition to the daily timeframe exhibiting scope to approach resistance at $0.7506-0.7474.

Attention is on $0.74 on the H1 scale, and H4 resistance between $0.7398 and $0.7386. However, sellers are likely to seek additional confirmation before committing, as weekly and daily timeframes show an absence of resistance until $0.7506-0.7474 on the daily timeframe.

Supply at ¥113.81-112.22 remains under considerable pressure, with neighbouring resistance arranged at ¥114.38. Clearing the aforementioned supply may raise some eyebrows, in view of the area capping downside since April 2019.

In terms of the immediate trend, we’ve been advancing since the beginning of this year.

The Japanese yen welcomed some demand on Wednesday, lifted on rising bond prices and a broadly soft USD. Fading fresh 2021 peaks at ¥113.81, USD/JPY bears are seen making an entrance within the walls of prime resistance at ¥113.93-113.07, an area clipped to the upper boundary of weekly supply.

From the relative strength index (RSI), following support emerging from 56.85 early last week, the indicator’s value is exploring overbought space. However, with the trend facing northbound this year, overbought signals should be viewed in this context.

A retracement from the aforesaid resistances, shines the spotlight on support at ¥112.63, dovetailing closely with channel support, drawn from the low ¥109.12.

As you can see, sellers did indeed make a show from channel resistance, which, as underlined above, could have the currency pair make its way to support at ¥112.63.

Recent downside pressure from resistance at ¥113.71 generated a double-top formation at ¥113.79, drawn with a neckline from ¥113.35 that was recently breached. The pattern’s profit objective—measured by taking the distance between the highest peak within the configuration and the neckline and extending this value from the breakout point—sits within the decision point at ¥112.87-113.03, an area also encasing the psychological level ¥113.

Knowing we have active weekly and daily supply, together with H4 reacting from channel resistance, extended from the high ¥112.05 and H1 recently puncturing a double-top pattern’s neckline at ¥113.35, USD/JPY could drop in on the H1 decision point at ¥112.87-113.03.

Supply-turned demand at $1.3629-1.3456 continues to emphasise a distressed atmosphere after having its lower limits clipped at the end of September. In spite of the recent recovery, it’s important to note price also closed below a double-top pattern’s ($1.4241) neckline at $1.3669, signalling bears are looking to take charge.

The $1.3736-1.3659 decision point remains an important area in this market. Respecting the aforementioned decision point helps confirm bearish intent within the weekly timeframe’s supply-turned demand at $1.3629-1.3456, and reinforces the idea of a successful double-top pattern.

From the relative strength index (RSI), the indicator’s value is attempting to voyage above the 50.00 centreline. Clearing the latter informs market participants momentum is to the upside: average gains exceed average losses.

US hours on Wednesday witnessed price whipsaw through ‘London’ lows at $1.3602 and test the mettle of $1.36. Albeit extending to a low of $1.3588, GBP/USD bulls subsequently demonstrated healthy interest to the upside, which, in recent action, led price to resistance at $1.3658 and an ascending resistance, drawn from the low $1.3544.

Alternatively, splitting current H4 and H1 resistances may draw in bearish curiosity from $1.37 and Quasimodo resistance at $1.3710 on the H1, both of which are within the noted daily decision point.