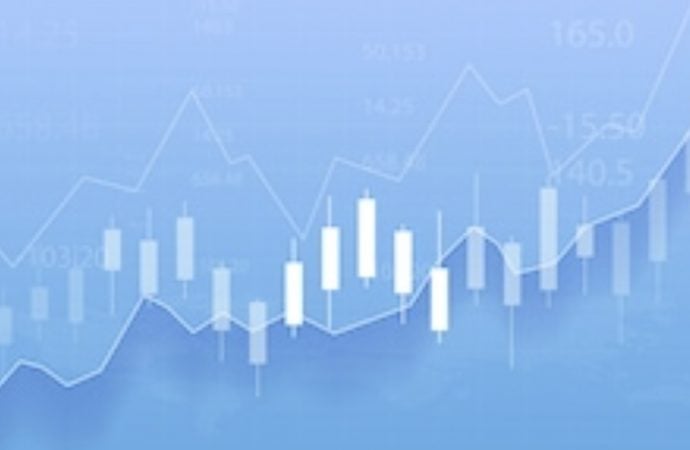 After a fleeting advance north of support at 1.1553 and a subsequent period of inactivity around 1.1750, EUR/USD chalked up an animated bullish candle Friday with enough force to test supply at 1.1872/1.1818, a rally-base-drop configuration.

Monday, nonetheless, echoed a subdued tone amid thin trading conditions due to Columbus Day in the US, with price action remaining around the underside of the aforesaid supply.

The trend on the daily timeframe has displayed a bullish vibe since March, and the RSI oscillator recently took over trendline resistance. Together, these two factors may weaken the appeal of 1.1872/1.1818 supply and shine light on another supply coming in from 1.2012/1.1937.

The picture from the H4 timeframe reveals candle movement spent Monday’s session just south of channel resistance (1.1769). The latter, as you can see, closely shares space with supply at 1.1872/1.1838 (fits within daily supply at 1.1872/1.1818), a rally-base-drop formation, which is also joined by a collection of Fib levels.

In spite of Monday’s uninspiring performance, price readers did observe the H1 candles whipsaw into stops under the 1.18 level and challenge a demand at 1.1790/1.1772 (prior supply). The reaction from the area, likely fuelled on sell-stop LQ, drew price to highs at 1.1816, potentially calling for another wave of buying towards a 127.2% Fib proj. level at 1.1836 (located just under 1.1850 resistance).

Interestingly, the RSI oscillator also spun higher from trendline support and finished the day just above 50.00.

Three successive daily bullish candles, with Friday scoring 1 percent, positions a rally-base-drop supply formation at 0.7345/0.7287 in sight, shaded closely by another area of supply at 0.7453/0.7384.

Before reaching for the aforesaid H4 supply, traders will note a 0.7208 support retest has occurred, movement that may appeal to buyers.

Monday’s mild bearish tone directed H1 candles to within close proximity of the 0.72 level, a hurdle accompanied by a demand area at 0.7183/0.7193.

As far as the RSI oscillator goes, we’re currently treading water beneath 50.00 after rupturing channel support.

September, as you can see, tested the lower boundary of the aforesaid pattern and ended the month modestly off worst levels, with October now emphasising a hesitant phase.

Since recovering from monthly support at 104.62 (the lower boundary of the monthly descending triangle), action on the daily timeframe has been defending daily supply at 106.33/105.78, potentially encouraged by the RSI oscillator also fading resistance at 57.00.

The week, as you can see, kicked off with a modest gap to peaks at 105.79. After establishing a shooting star candlestick configuration at a supply zone from 105.71/105.77 (prior demand), the session witnessed decisive downside with the day ending sub 105.50 and beneath a trendline support (105.80), which is currently serving as resistance.

As far as support goes, according to the H1 chart, there’s little stopping the pair from declining to the 105 neighbourhood.

The RSI oscillator, however, is seen crawling along its oversold line.

Daily, H4 and H1 timeframes all exhibit room to extend losses. The retest at H1 trendline resistance, therefore, may be a location sellers look to get involved, with the 105 region targeted (H4 demand at 104.92/105.09), followed by monthly support at 104.62.

Leaving trendline resistance taken from 2.1161 unopposed, the month of September sunk 3.4 percent by way of a bearish outside reversal candle. This advertises a potential trendline support (prior resistance – 1.7191) retest.

Monday’s extension to the upside, marking a fourth successive daily gain for the pair, argues resistance at 1.3201 is likely to make an entrance today/tomorrow. Furthermore, RSI followers will note the value recently climbed above 55.00 resistance.

Monday, bolstered by support at 1.3023, witnessed a pick-up in demand for the British pound ahead of the widely watched 1.30 level as we moved into US trading.

This has firmly positioned 1.31 in the firing range as resistance today, sheltered by a supply zone at 1.3159/1.3127. In the event GBP/USD decides to retreat and revisit the 1.30 region, however, the point at which the round number intersects (green circle) with trendline support (1.2844) could be interesting.

With respect to the RSI indicator, we are seeing the value establish bearish divergence, hovering just outside of overbought territory.

Although monthly price echoes the prospect of downside, the daily candles show room to reach for resistance at 1.3201. With daily price sending across a bullish vibe, and H4 supply at 1.3055/1.3018 giving way, a retest at 1.30/1.3023 on the H1 timeframe today may impress dip-buyers. 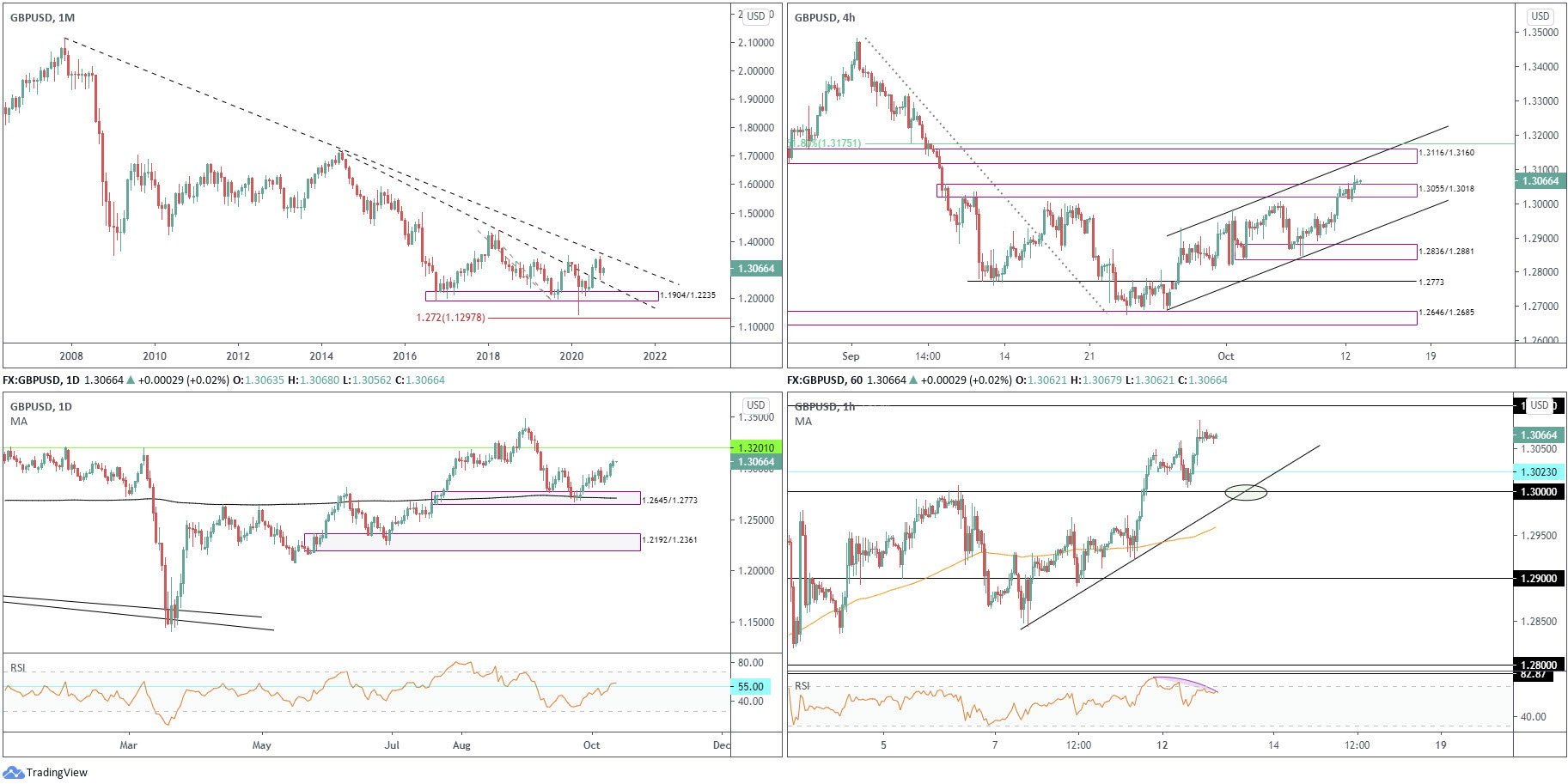