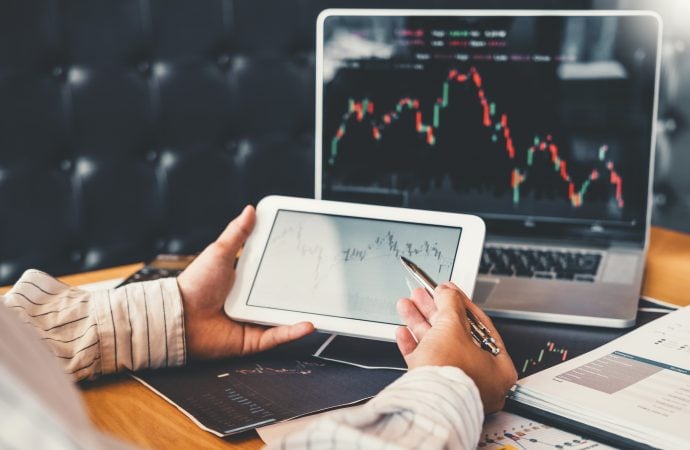 The number of crypto’s investors

Cryptocurrencies have become increasingly famous with investors, traders, and other market participants all over the world. An estimated 100 million people now have this blockchain technology’s electronic money in their digital pocket.

The rise of cryptocurrency trading is growing into a multi-billion dollar industry that allows investors to buy or sell digital money across many exchanges. The star of all cryptocurrencies, Bitcoin (BTC), has drawn the attention of forex brokers who state that they permit bitcoin trading as part of their forex trading services. Several brokers describe bitcoin as a traditional currency, primarily since the trading of bitcoins was not based on the macroeconomics of a nation but instead the underlying platform and broader reaction to shifts in global economics.

Central bank authorities are developing regulations on cryptocurrency. Digital assets have proven themselves useful for money movement and speculation, and they’re unlikely to go away. Central Banks have recognized that digital currencies are native to the digital economy and are on their way to becoming mainstream in the following years.

What makes cryptocurrencies appealing to the trading public is that they are not real or regulated. Currencies are connected to financial institutions with financial services that can expand or contract the money supply. Cryptos are virtual currencies, cash with no physical form like u.s. Dollar and yen. They are decentralized, which means you can give or receive cryptos without another party- PayPal, a credit card company, a government- getting in the way. You can purchase digital assets from several cryptocurrency exchanges. Many charge a percentage of the purchase price.

The price and the volatility of Cryptocurrency

In the beginning, the worth of Bitcoin was appreciable because it was unknown and useless. Since 2009 when Satoshi Nakamoto created the bitcoin, the price has changed. The currency grew in popularity and value so, in 2013, the total value of coins in circulation surpassed USD 1B. In mid of 2021, Bitcoin surged to an all-time high of more than $63,000USD. Today, the digital coin market capitalization is USD 713B, and the total market cap of all cryptocurrencies has hit USD 2.28T.

Bitcoin and other cryptocurrencies are having the same volatility as the mainstream markets have. Responsible for fueling the price of Bitcoins and other cryptocurrencies are news developments and speculations. Furthermore, their effect is exaggerated in crypto markets in crypto markets as they have less liquidity than traditional financial markets. That causes a lacking of a robust ecosystem of institutional investors and large trading firms that crypto markets do not have. Both volatility and lack of liquidity can make dangerous combinations because both feed off of each other.

As time passes, we can see signs that volatility in crypto markets is turning a corner. Institutional investors and trading firms are starting to enter the asset class with more conviction. The derivatives market for cryptocurrencies is also beginning to take shape as part of developing and expanding the broader crypto market ecosystem.

Whether or not the volatility of cryptos will mimic volatility patterns in mainstream assets is still to be determined. Nevertheless, as the asset class continues to grow and develop, it will likely continue to regularly exhibit outsized volatility until it reaches full maturity at some point in the future.

The mining process is changing, so is the demand.

Cryptocurrencies mining, the process in which a digital coin is being awarded to a computer that solves mathematical, affects the environment. A gigantic amount of energy is being used to create new bitcoins and other cryptos. Huge computers are solving complex algorithms.

Now mining operations would get further decentralized and test Bitcoin’s anti-fragile nature if there are more crackdowns. No government, individual institution, or organization such as the federal reserve can control the Bitcoin network. Investors will not have to worry over the drop because the impact will be a short-term impact. Most other digital assets are proof of stake and not proof of work. Proof of work powers the Bitcoin network, and we see cleaner energy sources increasingly used to do Bitcoin mining.

Ethereum’s (ETH) mining works similarly to bitcoin, the second most popular type of cryptocurrency. Developers of Ethereum have promised to change the currency’s algorithm to make its mining more environmentally friendly. They are working hard on changing that system so that miners enter a pool and are randomly selected to complete the transaction and receive an ether in return. This procedure, called proof of stake, secures that less electricity will be used to mine the currency. Hopefully, more and more cryptocurrencies are holding this line. Other cryptocurrencies that are friendly to the environment are Litecoin (LTC), Bitcoin Cash (BCH), Dogecoin (DOGE), Cardano (ADA), Polkadot (Dot), etc.

The rising demand of investors to get into their digital wallet high valued cryptos is because, at some point, they can pay with that. The crypto market is known to be easier to access than traditional banks because there are fewer regulations. Citizens bypass governments and regulations to mine for cryptocurrency rewards to utilize, trade and convert for common goods to survive. High infatuation countries where fiat currency is no longer available to easily utilize to survive, many have turned their focus to cryptocurrency, working through online job boards to bypass strict regulations and achieve economic freedom. The value of each cryptocurrency has a lot of potentials to grow more and more if, in the future, will be a type of payment.

Well-known companies have already started accepting cryptocurrencies, such as Microsoft, Paypal, Starbucks, etc. Amazon is developing a system to accept alternative payments in the future. Tesla CEO and Chairman Elon Musk announced that the company’s electric cars could be bought using Bitcoin, and this caused a huge surge in interest and a significant rice

Tesla CEO and Chairman Elon Musk recently announced that the company’s electric cars could be bought using Bitcoin. The company would then hold this Bitcoin rather than being immediately converted into a traditional currency. The announcement caused a huge surge in interest and a significant rise in the value of the currency itself.

Interest in cryptocurrencies remains high. Experts and crypto investors bullish predict a steady rise for many of the best-known currencies over the coming months and years. Will the cryptocurrency market transform the entire financial system in the future? These digital assets have been positioned to do exactly that, and many economists feel that such a feat is totally possible.

As cryptocurrencies and crypto trading have become more widely known, they have begun to be recognized by more organizations worldwide and retail investors or individual investors.

Most people approaching the financial markets for the first time are wary of just listening to the various terminologies. The first step becomes hard to take because they may think that forex trading is destined only for professional traders. The question actually is how to choose a broker to start trading! Firstly, you need to choose a trustworthy and multi-regulated forex broker, adhering to the highest ethical standards in trading and who has several years of successful presence in the financial markets.