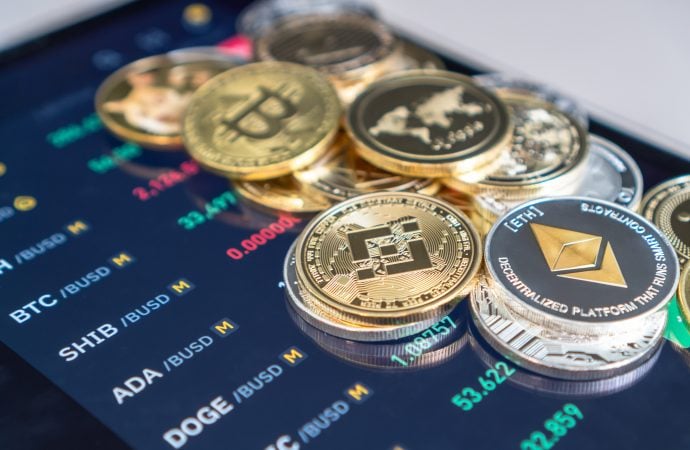 Forex trading robots are popular tools that help traders automate their trading process. Also known as expert advisors (EAs) or bots, they may help people take advantage of market opportunities without having to sit for our in front of their terminal. This article will look at some of the top MT4 and MT5 trading bots you can use to trade in 2022.

Trading robots are software that analyses charts, find opportunities, and then automatically executes trades. Some semi-automatic bots don’t execute trades directly, instead, they send an alert, and then a trader can execute the trade manually.

Many bots have inbuilt risk management tools like stop loss and take profit that limits substantial drawdowns. In addition, users can select the maximum lot size for the bot to use when executing both buy and sell orders.

Bots are built to mirror popular trading strategies in forex. For example, trend-following bots combine trend indicators like moving averages and Bollinger Bands. Similarly, some bots are designed to identify reversals while others use scalping, grid, and arbitrage strategies.

Most bots are compatible with MT4 and MT5, the two most popular software in forex trading.

Indeed, MetaQuotes, the developer of the software, has a large marketplace where users can read reviews and buy robots. According to its website, it has over 10,000 bots in the marketplace.

There are several benefits of using robots in forex trading. First, they can trade more forex markets at once. In addition, they can work for an extended period since the forex market is usually open 24 hours per day, five days a week. So, here are some of the best forex trading bots for 2022.

FX Stabilizer is one of the leading MT4 and MT5 trading robots. It is a premium bot that has a long history of outperforming the market. MyFxBook’s portfolio has grown by more than 2,690% since 2016, meaning that it has outperformed the broad market. In this period, its portfolio has gained by more than 10,281 pips.

FXStabilizer has two paid options. At the time of writing, the pro version costs $739, while its ultimate version sells for $539. It works on six currency pairs.

GPS Robot FxChoice is another MT5 and MT4 trading bot that has had a spectacular performance in 2022. Created in 2012, the bot has had a strong performance. For example, since 2015, it
has had only one month of negative returns.

In 2022, data compiled by MyFxBook shows that the bot has been profitable in all months apart from July when it lost 0.06%. Over the years, the bot, compatible with brokers like FP Markets, has gained thousands of pips.

Axon Trading is an MT4 and MT5 trading bot that has seen strong performance in 2022. It has had consistent double-digit gains in all months of the year. The bot’s best month was in February, with a 26.92% return. Notably, its strong performance started in 2020 and has consistently had over 15% returns every month since then. According to its developers, it uses order flow analysis, volume price analysis, and Wolfe Waves.

There are thousands of MT4 and MT5 trading robots in forex. In this article, we have examined the best-performing bots that have had a strong performance in 2022. As a rule, you should always backtest a robot and ensure that it has the best risk-management tools to limit your losses. Also, as in all types of investments, past performance is not an accurate indicator of future performance.