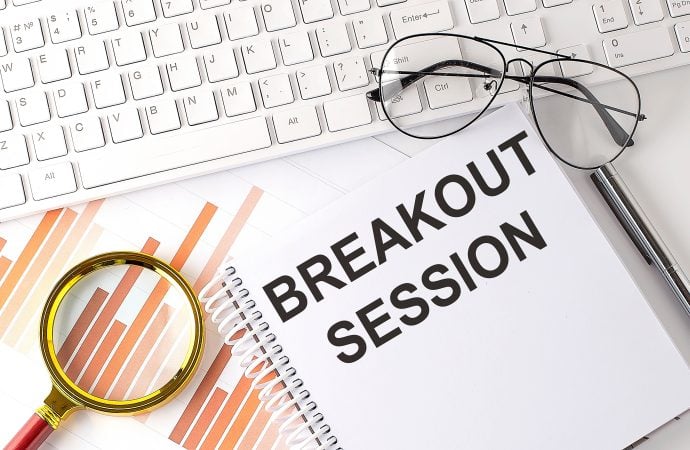 Traders employ trading strategies (largely based on technical analysis) to navigate and profit from the movements of the foreign exchange market, as well as other financial markets, such as stocks, bonds, and commodities. Forex trading strategies are based on specified rules, delivering entry points and exit signals.

Breakout trading is a popular strategy, with a number of different methodologies to work with. What follows are some of the popular technical-based breakout strategies used by Forex traders.

Support and resistance form the backbone of many trading methodologies in the FX market. Support can be thought of as the floor of the market—a price level where buyers bounce from, sometimes on multiple occasions. Resistance is the same, but the mirror opposite: a ceiling in the market where sellers rejected the price level.

Figure 1.A (Support and Resistance Levels Applied to the EUR/USD H1 Timeframe)

As shown in figure 1.B, the EUR/USD recognises a support area between $1.0626-1.0645 until on 9th June price breaches the area and retests it as resistance. This is a common breakout/retest strategy. In figure 1.B, sellers enter the market, in anticipation of the breached support level becoming resistance. To add additional confirmation, some traders pursue Japanese candlestick confirmation. The example in Figure 1.B boasted a H1 shooting star candle formation (bearish signal) at the retest site.

Of course, there are a number of ways traders can confirm a breakout. Waiting for a retest of the breached zone is one. Another is based on time: the trader waits a pre-determined amount of time for price movement to remain beyond the breached area before entering the market. Another popular way of confirming a Forex breakout is by using a moving average. Only once price has breached the support or resistance area in addition to the moving average (likely set to a small period setting) will the trader consider a breakout trade.

Figure 1.B (Support Area Breach Followed by a Subsequent Retest Applied to the EUR/USD H1 Timeframe)

Figure 1.C shows an example of a trendline support on the H1 timeframe. As a general rule of thumb, many traders want at least two troughs (higher lows) to form prior to confirm a trendline support’s existence. While a trendline’s main purpose is to identify a trend, it can also determine ascending support (uptrend) or resistance levels (downtrend). As figure 1.C shows, following its second higher low (3rd January), subsequent tests of support were seen.

This is the same for a trendline resistance, only a mirror opposite peaks (lower highs) to form its structure (see figure 1.D).

In similar fashion to the support and resistance breakout strategy, trendline breakout approaches seek to exploit the breach of a trendline support or resistance, in anticipation of follow-through momentum.

Figure 2.A, for example, shows a trendline resistance breach that is retested as support. Here, the breakout/retest strategy served bullish breakout traders well.

Figure 2.A (Trendline Resistance Breach Followed by a Subsequent Retest as Support Applied to the EUR/USD H1 Timeframe)

Experienced Forex traders might opt to work with Bollinger Bands. This technical indicator was introduced and developed by John Bollinger in the 1980s. It is constructed through three dynamic bands. The central line is typically represented as a 20-period simple moving average, with the upper and lower bands set to two standard deviations. This is an indicator designed to measure volatility (realised volatility). See figure 2.B for an example of the Bollinger Band, set to its default periods (as above).

Figure 2.B (Bollinger Bands Applied to the EUR/USD 5-Minute Timeframe)

In times of high market volatility, the bands widen to illustrate increased volatility and contract during normal trading conditions. A common breakout trading strategy employed by those who use Bollinger Bands is known as the Bollinger Band Squeeze.

At its simplest, trading the Bollinger Squeeze involves identifying narrowing upper and lower bands and waiting for a price breakout to potentially begin a new move. Note that when bands narrow, this stage offers no clues on the direction. What it does show, though, as alluded to above, is a phase of contracting volatility. A price breakout of either the upper or lower band alerts the trader to a potential period of volatility expansion, a move which breakout traders seek to take advantage of.

As shown in figure 2.C, a period of decreased volatility was seen between 3:00 am and 7:00 am (demonstrated by narrowing bands: the Squeeze) which was followed up with a breakout of the upper band. This was a false breakout (bullish), as no follow-through buying materialised. However, between 10:00 am and 11:30 am on the same day, another period of decreased volatility was seen and the upper and lower Bollinger bands narrowed as a result. At midday, a breakout of the upper band emerged and, aside from a minor dip, the price rallied higher and offered breakout traders a successful trade.

The majority of traders tend to enter at the close of the breakout candle and trail their positions behind the middle band: the 20-period simple moving average.

In this article, we have underlined three key breakout trading approaches. Clearly, it is beyond the scope of this article to expand on the many available breakout strategies. But what we have hopefully accomplished here is to provide a stepping stone to further your understanding.