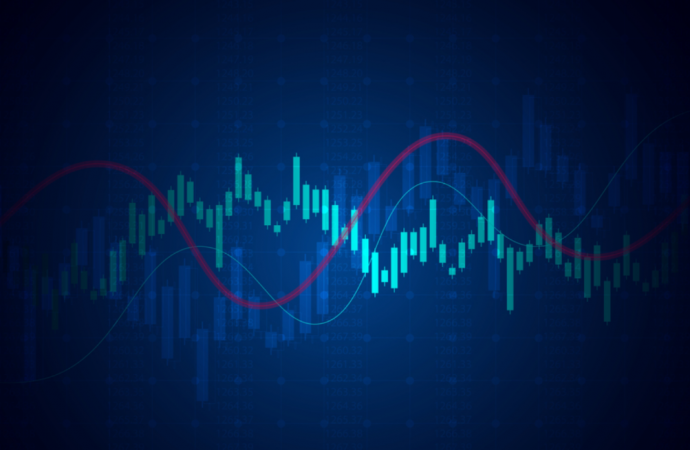 Today offers a busy economic calendar for traders and investors to work with.

First on the menu is the Reserve Bank of New Zealand (RBNZ) Official Cash Rate Decision at 1:00 am GMT. The central bank is poised to increase its Cash Rate by 75 basis points (0.75%) to 4.25%, effectively unleashing its largest rate increase since its inception in 1990. As of writing, short-term interest rate derivatives shows a 67.1% chance of a 75 basis-point increase, with a 32.9% probability of a 50 basis-point rise. Additionally, according to a Reuters poll, 15 of 23 economists anticipate the RBNZ to hike by 75 basis points (Reuters, 2022). A technical view of the NZD/USD currency pair ahead of the event can be found below.

Another highlight today, of course, are the Flash PMIs out of the eurozone, UK and the US, released throughout European and US trading hours. Focus for the eurozone, however, will be on the German and French PMIs given they remain the largest contributors to the eurozone economy. The French data is released at 8:15 am GMT and 15 minutes later at 8:30 am GMT we will have the German flash numbers.

As evidenced from the daily timeframe of NZD/USD, buyers and sellers are squaring off after retesting resistance-turned support from $0.6082. This follows the break of trendline resistance, taken from the high $0.7034. While further upside could be seen in the currency pair over the coming weeks towards resistance from $0.6527, based on these two technical elements, do bear in mind that the trend remains to the downside in terms of price structure (we have yet to see a meaningful higher high and higher low establish).

Given the daily timeframe has price action rebounding from support at $0.6082, technical studies suggest the H1 timeframe is likely to break the upper edge of the range. Supporting this, traders may acknowledge that H1 price formed a swing low around $0.6087 on 21 November, leaving the lower edge of the aforementioned range unchallenged. This informs market participants that sellers are perhaps growing weaker within the area and may lead to a run higher eventually.

Europe’s shared currency snapped a three-day bearish phase on Tuesday, following the earlier rejection from the lower side of the 200-day simple moving average at $1.0401 and resistance at $1.0377 on the daily timeframe (note that this was aided by a near-test of overbought space on the relative strength index [RSI]). Support warrants attention at $1.0090, while engulfing the said resistances throws light on resistance coming in at $1.0602.

The research team noted the following in recent analysis (italics):

Price action on the weekly timeframe has been rooted in an unmistakable bear trend since pencilling in a top in early 2021, with the recent pullback of 10.0% standing as the only notable upside correction since the said trend emerged. Also of technical relevance on the weekly scale is the break of resistance at $1.0298, which, as you can see, is now being retested as support. Overhead, scope is seen to approach Quasimodo support-turned resistance at $1.0778.

Although the trend is beginning to show signs of strength on the daily timeframe (consecutive higher highs/lows), the weekly timeframe clearly shows this market’s trend direction is facing only one way for the time being: south. As such, sellers making a show from daily resistance and the 200-day simple moving average should not surprise.

The question is will weekly buyers hold support at $1.0298, or will daily price continue to fade resistance at $1.0377, in line with the current downtrend.