How To Become U.S. President? 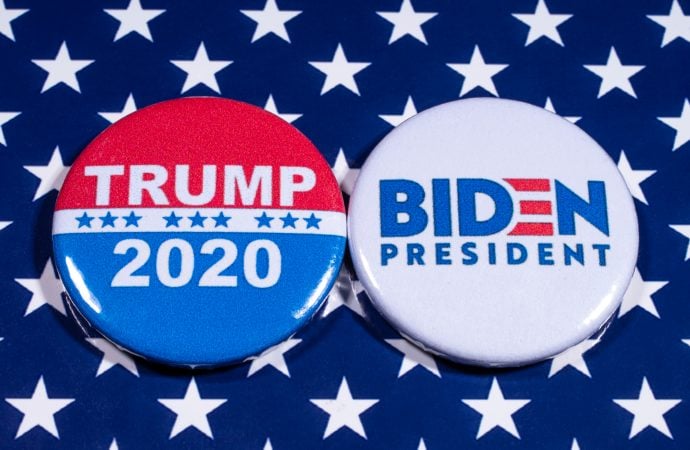 Becoming the US President is a long and arduous process that can be a lifetime in the making. There are many bridges to cross and many battles to win before becoming one of the most powerful figures in the world.

There are essentially three qualifying criteria all candidates must meet if they are to become President of the United States.

To become President, a person must fulfil the following basic requirements:

The age and residency requirements are self-explanatory. Being a natural born citizen of the United States is a little more complex but essentially means that you are either born in the United States or under its jurisdiction, or you are born to American citizens based overseas.

These qualifications are ingrained in the US Constitution.

There are also a number of provisions that can prevent a citizen who meet the above three criteria from being eligible to be President.

The Senate has the power to disqualify any person from holding Federal Office, which includes the Presidency. Any person who has sworn an oath to the United States Constitution and then rebels against it is also disqualified. And, of course, any person who has served two terms as President is ineligible to seek a third.

Winning the party’s nomination is the first major step on the path to becoming President. This is done through an open voting system called a primary or a meeting of supporters called a caucus.

In essence, candidates work their way through each state in an attempt to win a majority of delegates and become a presidential nominee. Those delegates elect the presidential candidates of the two major parties, namely the Republican Party and Democratic Party.

Primary elections and caucuses are run at a state level by the political parties and take place over months. The race for the party nomination is conducted in a series of local and statewide battles in an attempt to eventually win a majority of delegates.

Winning early voting states such as the New Hampshire Primary or Iowa Caucus are important not so much for the delegates they offer but to assist with building momentum that inevitably leads to greater public sentiment, increased resources for the election campaign and the perception that those who perform well are viable presidential candidates.

As candidates inevitably withdraw from the race as more and more primary votes and caucuses are completed, candidates attempt to win over votes of those withdrawn candidates to get their votes at the convention.

Party conventions are typically the coronation of a party candidate with the result known well in advance. The pageantry and politics of each though can have a big impact on momentum heading into the general election while it is usually the forum vice-presidential candidates are announced.

The presidential campaigns typically kick off though at each party’s respective national convention. Campaigns last months and cross the country as candidates not only try to win a majority of electoral votes, but key states and constituencies.

A key tenet of presidential campaigns are the debates, where the major candidates debate the key issues. At the 2020 election, some of those issues will include income taxes, coronavirus, health care and Supreme Court appointments.

While voters direct their votes for a preferred presidential candidate, it is an indirect election as voters vote for electors to the Electoral College. Winning the popular vote does not mean winning the presidency.

Voting is decentralised which means states and counties have different eligibility rules and procedures. The Federal Election Commission regulates campaigns with rules limiting campaign contributions and facilitating disclosure of contributions to the public.

The election is staged every four years on the first Tuesday after the first Monday in November. The upcoming US election will be contested by Donald Trump and Joe Biden. Election day is on Tuesday the 3rd of November 2020.

The Electoral College is a body of electors established by the US constitution to elect the President and Vice-President of the United States.

In 48 states and Washington DC, the winner of the popular vote in each state get all the electors assigned to that state. In Maine and Nebraska, electors are assigned based on congressional districts.

Electors pledge to vote according to the popular vote of the state. States have often enforced this by law to stop faithless electors impacting an election.

Electors meet in their state capital on the second Wednesday in December following an election to cast their votes. Congress counts the votes in early January and declares the results. Candidates must receive an absolute majority to win. If no candidate receives an absolute majority of votes, a contingent election for the President is decided by a vote of the House of Representatives.

The inauguration is, essentially, the coronation of the elected president and marks the official handing over of the office of President from the former to the elect.

The ceremony takes place on the January 20 after the election. They are typically held at the Capitol and is typically conducted by the Chief Justice.

President-elects take the Oath of Office and give their inaugural address, among other pageantry, before leaving as the new President of the United States. Article II of the constitution outlines the roles and responsibilities of the executive branch.

The accession of Donald Trump  has made the path to the White House seem rather simple. As you can see, it is far from it. Many former leaders such as Barack Obama and Bill Clinton spent extensive time in politics or the legislative arm prior to becoming US President.