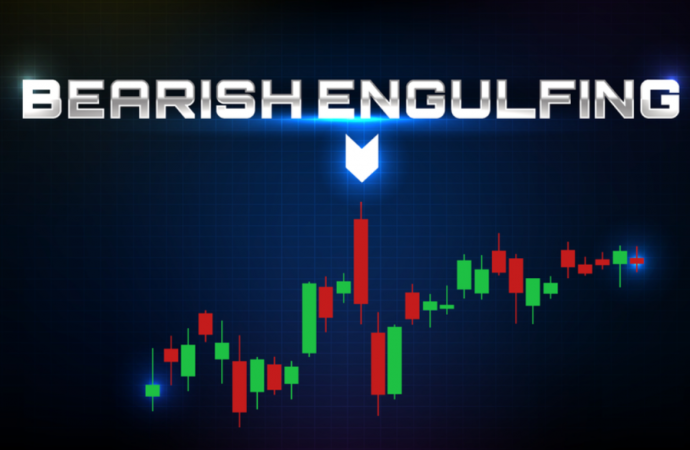 Trading the Forex market can be a challenge. Forex traders and investors, therefore, aim to utilise all tools at their disposal, Including adopting Japanese candlestick chart patterns, such as Doji, hammer, hanging man, shooting star configurations, and bullish and bearish candlestick patterns.

The Japanese bullish candlestick pattern—formed through two candles—provides the strongest signal when appearing at the bottom of a downtrend and indicates a surge in buying pressure. The bullish engulfing pattern can trigger a trend reversal. 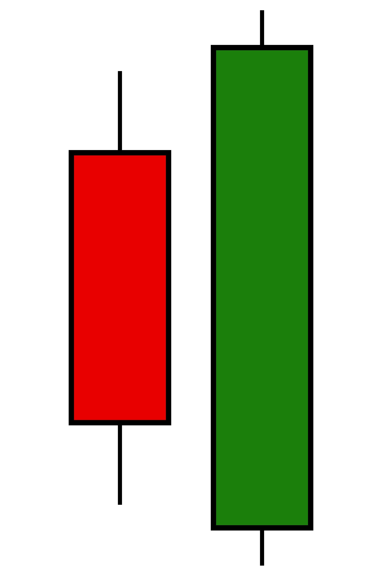 It is essential to understand that a bullish engulfing candle is fashioned when a bullish candle engulfs the prior candle’s ‘real body’. Western technical analysis works with what’s known as a ‘bullish outside reversal pattern’, a similar formation but one which focuses on the upper and lower shadows (wicks) rather than the real bodies. For example, a bullish outside reversal occurs when the high and low of the current candle engulfs the prior candle’s high and low, or upper and lower shadows.

Traders can utilise indicators, alongside the bullish engulfing formation, to help ensure that the trend has indeed reversed. Support and resistance, as well as the subsequent market action following the engulfing pattern, can also be used.

A Japanese bearish engulfing candle is the opposite of a bullish pattern. Consequently, the structure offers a powerful bearish signal when it appears at the peak of an upswing (or uptrend) and hints at an increase in selling pressure. The pattern, similar to the bullish variation, involves two candles with the second candle engulfing the ‘real body’ of the previous candle. 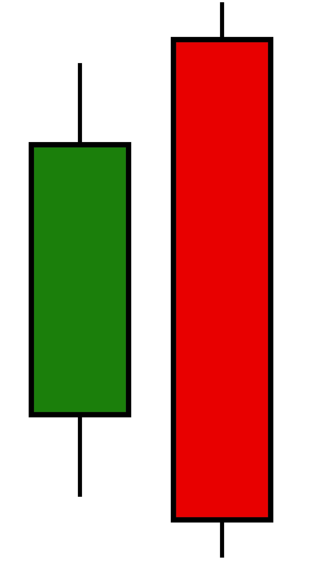 Trading tools such as technical indicators, levels of support and resistance, and price action that occurs after the engulfing pattern will be used to determine whether or not the trend is indeed turning.

How to Trade Engulfing Patterns?

In simple words, the bullish and bearish engulfing patterns are used as ‘confirmation trading signals’ off support and resistance and also from trendlines. The candlestick formations can also be used as entry and exit signals.

As you can see from the image below, the trigger for entry is on the low of the candlestick for a bearish engulfing pattern. A close below this level is required to confirm the pattern. The protective stop-loss order is positioned at the high of the second candle.

The identification of a bullish engulfing pattern involves a small black bearish candle, which is followed by a large white candle that entirely engulfs the body of the preceding black candle. The primary focus is on the candle’s body. Bear in mind, however, that a single candle represents only a momentary picture of the market. As with other candle patterns, we must use caution when employing it as a trading indicator.

To develop a viable trading rule, we must search for other signs that sentiment is shifting in favour. An engulfing pattern is only one component of the overall examination.

Before accepting the engulfing candle as a potential buy or sell signal, some traders will look for the following:

Before you execute trades, it is critical that you grasp the concept of engulfing patterns and follow a clearly defined trading strategy.