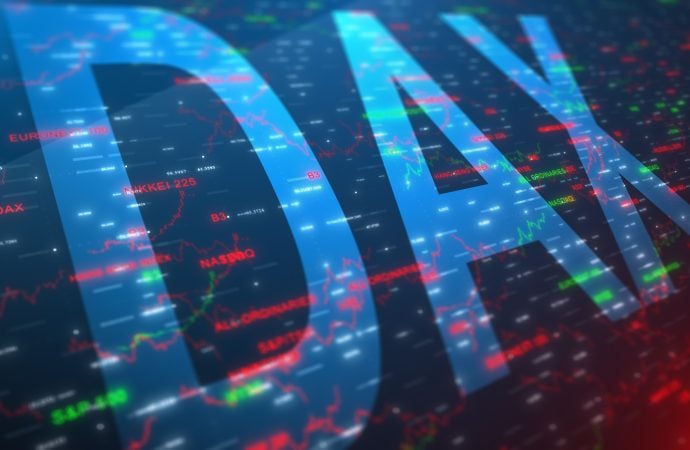 As underlined by Qontigo’s global index provider STOXX Ltd. in early September[1], Germany’s flagship DAX 30 index, or Deutscher Aktien Index, welcomed ten additional member companies on 20th September 2021, together with firmer rules. This marks a significant overhaul in the 33-year plus German benchmark index, which since inception operated with 30 members trading on the Frankfurt Stock Exchange.

At the same time, the MDAX, an index tracking the performance of 60 large-scale companies following DAX stocks, is reduced to 50 members.

‘We are completing the biggest DAX reform in our history, manifesting the DAX as the German Blue Chip index which will represent a larger spectrum of the German capital market. The qualitative improvements and alignment with international standards are largely owed to feedback from market participants. Together, we have put the DAX index family in the best possible position for the future’.

Home to major global brands, such as SAP SE and Siemens AG, the DAX—the German equivalent to the Dow Jones Industrial Average in the United States or the FTSE 100 out of the United Kingdom—represents the country’s primary stock index and is acknowledged as a gauge of the German economy’s health.

According to the Deutsche Börse Group[3]:

Additions to the DAX line-up consist of ten of the largest constituents from Germany’s MDAX index, including companies like Airbus SE, Zalando SE, Brenntag SE, Puma SE and Qiagen N.V. Increasing the DAX members is estimated to improve liquidity, and is expected to generate a more far-reaching representation of the German economy.

All changes can be viewed here. 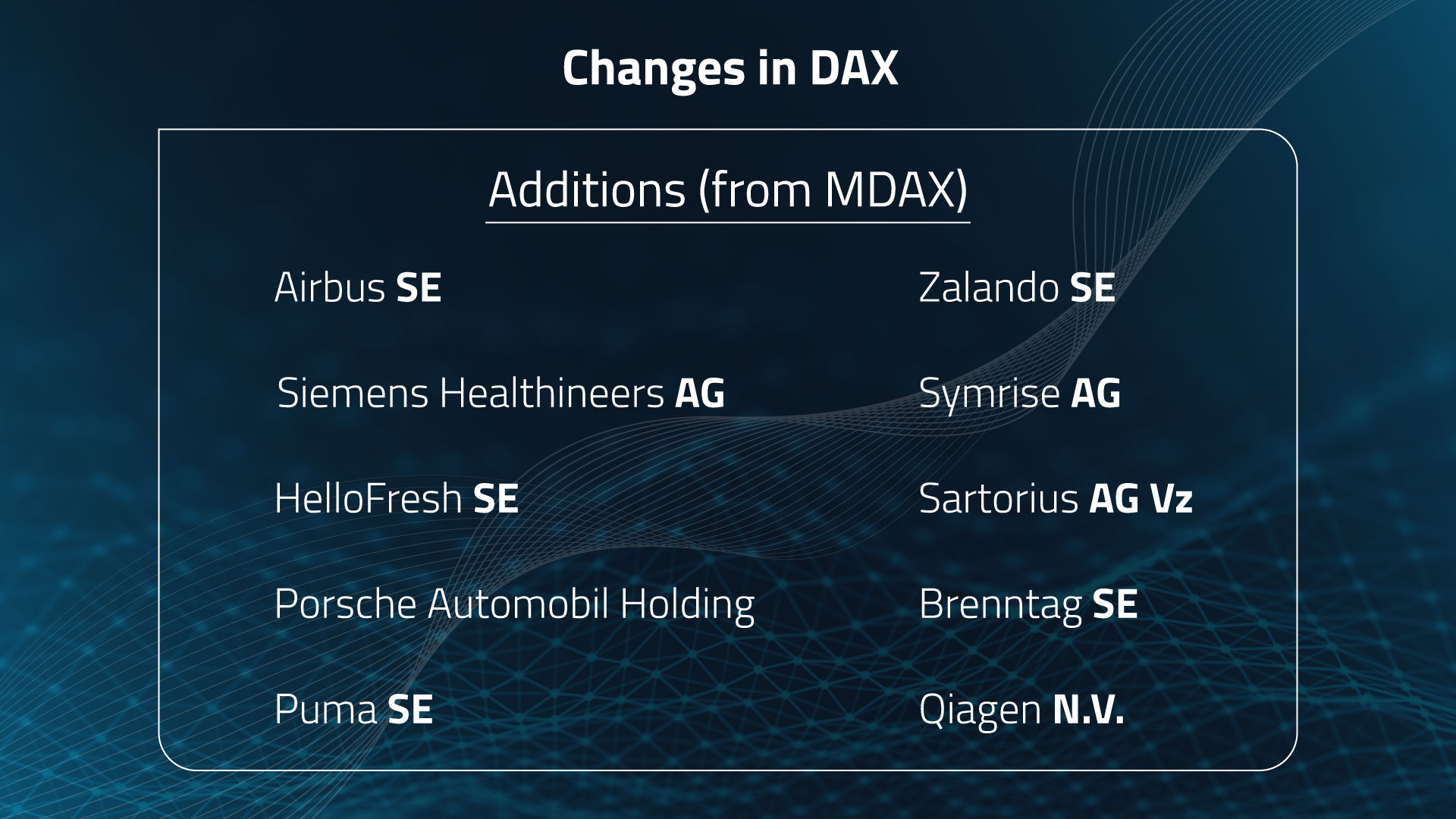 Why the Sweeping Overhaul?

The recent makeover is a result of an emotional 2020.

Following a 30-year stay, Lufthansa, a large German airline, lost its place on the DAX (demoted late June of 2020) under pressure from the COVID-19 pandemic. The spot was subsequently filled by real estate company Deutsches Wohnen. The large losses sustained by the airline weighed on the broader German stock market.

Also prompting change was the Wirecard accounting scandal, involving large-scale fraud of €1.9bn. 2018 saw the company listed on the DAX index, shifting Commerzbank. When Wirecard collapsed in June of 2020, the company was not removed from the DAX until August. Substantial demand to renew procedures ensued, targeting new rules permitting the removal of insolvent members immediately. Subsequent to a month-long discussion with various market participants, rules were modified to allow insolvent companies to be ejected from the DAX within two trading days’ notice.

Following the consultation, Qontigo’s global index provider STOXX Ltd. published revised rules for the DAX. This included guidelines such as all future DAX candidates must have a positive EBITDA in their two most recent annual financial statements. In addition, the DAX index will have a scheduled main review twice a year (March and September). For a full list of changes, see the results of the market consultation.

What Does This Mean for FP Markets Clients?

There will be no material change for clients trading with FP Markets, aside from Ger30 being altered to Ger40.

Everything remains the same, in terms of pricing, positions and margin.

Technical studies reveal the broad trend has remained to the upside since pandemic lows in March 2020 at 7,962.60, up 95 percent, at the time of writing.

While price movement is within range of shaking hands with the 200-day simple moving average at 14,961.00—average closing price over the past 200 trading days—a trendline support, taken from 7,962.60 lows, was breached early September.

A rebound emerging from the 200-day SMA implies willing buyers and emphasises a buy-the-dip scenario. Closing south, on the other hand, underscores the possibility of additional downside in the index, targeting support at 14,190.20, which aligns with a 38.2% Fibonacci retracement at 14,229.10.

In terms of where we stand with momentum, the relative strength index (RSI) recently rebounded from oversold terrain, a touch ahead of channel support, derived from 42.86. This suggests a 50.00 centreline test and possible breach. Should the latter materialise, additional upside could be in the offing, leaving the 200-day SMA unchallenged.