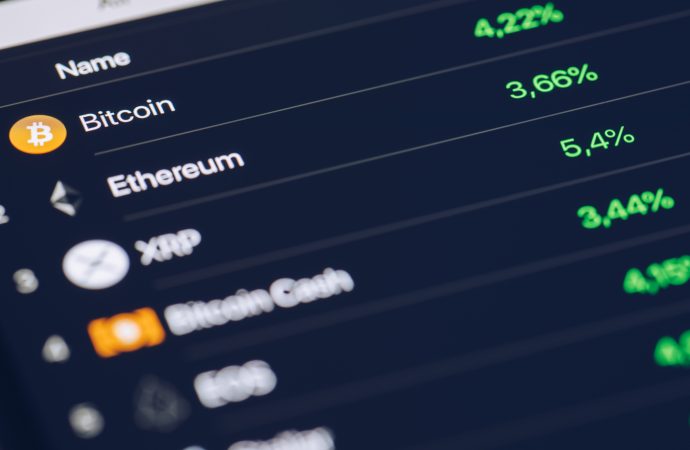 In 2009, the first decentralized cryptocurrency, bitcoin, the biggest cryptocurrency by market capitalization, was formed by a pseudonymous developer Satoshi Nakamoto. It remains unclear whether Satoshi Nakamoto is a real person, a pseudonym, or perhaps even a group of hackers. Blockchain technology used SHA-256, a cryptographic hash function, in its proof-of-work scheme. When applied with decentralized control, each cryptocurrency works through distributed ledger technology, a blockchain, that serves as a public financial transaction database. Bitcoin Blockchain is a mechanism that employs an encryption method known as cryptography and uses (a set of ) specific algorithms to create and verify a continuous growing data. These computers that make up Bitcoin’s network are called nodes. The adoption of blockchain technology is spreading so fast that Forbes now creates an annual publication called “Forbes Blockchain 50” that features leading worldwide companies. 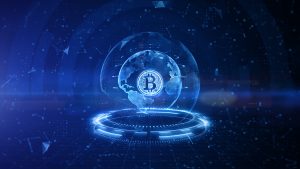 Blockchain is a disruptive technology, but it doesn’t transform human nature. Plato and Aristotle considered technology — which has roots in the ancient Greek word “techne,” or craftsmanship — as an extension of nature. But today, innovators’ techniques are wrong. Exciting solutions are complex, difficult to understand and impractical. Blockchain network aims to revolutionize financial markets by generating a decentralized database of unique, digital assets. Many banks are working with financial technology (fintech) startups and information technology (IT) companies to investigate the possibility of improving this technology.

Human nature should support technologists to make a streamlined user journey. For better function in daily life, money should be convenient to store, transport and handle. Also should be difficult to destroy so that it lasts many generations. Therefore, because the crypto market has a decentralized processing and recording system, it can be more secure than traditional payment systems.

Fiat financial system works well, but its major weakness is the destruction of purchasing power by a quantitative easing of central banks worldwide. Since the Federal Reserve issued the current version of U.S. dollar in 1913, the U.S Dollar has lost almost 97% of its value.

This creates an opening for Bitcoin and non-sovereign, decentralized coins (crypto assets) to become newly accepted denominations of money. According to data from Bitcoin Treasuries, a much smaller share of the bitcoin market has holders from governments, banks, investment funds. Much of the money invested in virtual currency globally comes through bets, known as perpetual swaps, on future price changes. A Peer-to-peer software-based network of protocols can be used to facilitate traditional financial services like borrowing, lending, trading derivatives, insurance, and more through smart contracts.

Unfortunately, cryptos fail to fulfil the aforementioned essential functions. (Yes, Bitcoin is sustainable, but many currencies have precipitated the loss of hard-earned savings and wages, resulting in the loss of trust in unbacked mediums of exchange.)

In the progress of regulating Digital Coins

Governments and Financial institutions are cautiously exploring, experimenting with and regulatory digital currencies, and that is because history is on the side of digital and not paper. The Securities and Exchange Commission (SEC) currently remains focused on taking actions against unregistered initial coin offerings (ICOs). ICOs give companies immediate access to liquidity. Moreover, officials recognize that fiat users want borderless and frictionless transactions. Technologies could increase the worldwide trading volume, moving to better levels of service and lower transaction fees. If they do not give what the customer needs, some investors may search for the crypto Wild West for good because of a lack of alternatives.

In September, the Office of the Comptroller of the Currency issued a letter allowing regulated banks and thrifts to hold deposits as reserves for stablecoins representing the U.S. dollar. Stablecoins aren’t the same as Bitcoin or other non-sovereign coins, but they provide tokenized borderless and frictionless settlements.

“Companies that issue stablecoins often prefer to place the funds backing the stablecoin, or hold funds, with a U.S. bank,” the letter states. “Public independent auditors’ statements of various stablecoin issuers indicate hold funds are placed as deposits with U.S. banks. Several of these issuers promote these holdings — and the fact that banks hold them — to sustain the reliability of their stablecoin. Taking into account people’s interest in these reserve accounts, this letter addresses the legal authority of national banks to hold stablecoin reserves on behalf of consumers.

Aside from 1:1 pegged stablecoins, state regulators are making fiat and cryptocurrencies interoperable for every day use. Although traditional financial products have robust consumer protections in place, there is no intermediary with the power to limit consumer losses if bitcoins are stolen or lost.

The San Francisco-based cryptocurrency exchange “will be the first regulated, U.S. bank to provide comprehensive deposit-taking, custody and fiduciary services for digital assets,” according to a Sept. 16 company announcement.

Blockchain service providers realize the need to make the customer journey effortless and painless. In September, crypto exchange BitMax.io announced support of deposits and withdrawals with FIO Protocol Addresses. These are human-readable addresses (like [email protected]) as part of FIO Protocol’s initiative to make crypto products accessible to anyone. Cryptocurrency addresses can have a lot of characters that make irreversible errors common, and some observers consider simple addresses a step in winning more mainstream adoption.

Furthermore, FIO Requests allows users to respond to requests for funds knowing the exact amount and proper token chain. As more tokens like USDT operate on multiple chains, it’s becoming crucial that users only send tokens from the expected chain. The blockchain market  is heading down the path of cross chain communication. Such details can be invisible from the end user with FIO.

HARD Protocol is another paradigm of how cryptocurrency have the potential of becoming more user-friendly and integrated. Tapping into the appetite for decentralized finance, HARD Protocol allows users to borrow and earn with their crypto assets. However, whereas DeFi has evolved to be hard-wired to Ethereum — and as such, difficult to use — HARD Protocol is transcending worldwide investments through crypto technology. It’s based on the Kava DeFi hub, providing an intuitive user interface along with cross-chain capabilities, providing various digital currencies, including BTC, XRP and BNB.

Cross-chain interoperability is proving to be a great hit among holders of non-Ethereum assets who were previously locked out of the so-called “open finance” ecosystem. HARD Protocol only launched in mid-October; however, it already shows close to $19 million in value locked at this writing. Further, HARD Protocol and Kava are also the only DeFi protocols supporting multi-chain assets.