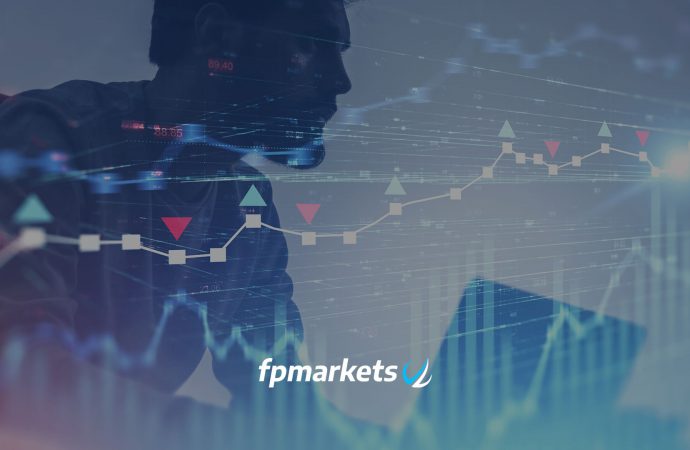 In the early stages of April, the technical foundation has price rangebound between the two aforementioned price structures; notably, however, April’s candle is currently nearly 2% lower, testing the upper boundary of 1.0488/1.0912.

The response from 1.0831 was initially well-grounded, though faltered off intraday resistance at 1.0887, with the H4 candles poised to possibly revisit the said support today. Beneath the current support, aside from Monday’s session low at 1.0768, active demand appears limited until testing 1.0602/1.0630.

FOMC minutes sparked limited reaction in the markets Wednesday. Policy makers viewed the near-term US economic outlook as having deteriorated in recent weeks, noting an extremely large degree of uncertainty on the outlook. The committee also expressed concern regarding the economic impact of Covid-19.

In the early stages of Europe, candle action greeted the 1.0850 region, bolstered by the 100-period SMA currently in the process of flattening. This followed an earlier retest at 1.09 by way of a shooting star Japanese candlestick pattern, located a few points beneath supply at 1.0949/1.0915. Neighbouring support to the south of 1.0850 can be found at the 1.08 region, combined with demand drawn from 1.0790/1.0803.

Although a mild fakeout beneath 1.0850 to the 100-period SMA is likely to be seen, buyers may, once again, step in and attempt to revisit 1.09 today.

Against the backdrop of higher-timeframe flow, intraday movement voyaged through 0.62 on Wednesday, which may see price action embrace supply at 0.6325/0.6275. Another important feature on this timeframe is the forming AB=CD bearish pattern that completes a few points north of the said supply (orange).

As buyers and sellers feast on the underside of a daily demand-turned supply at 0.6330/0.6245, and H4 action welcomed 0.6314/0.6235 into the picture, the completion of the H1 AB=CD bearish pattern is likely on the watchlist of many sellers today. 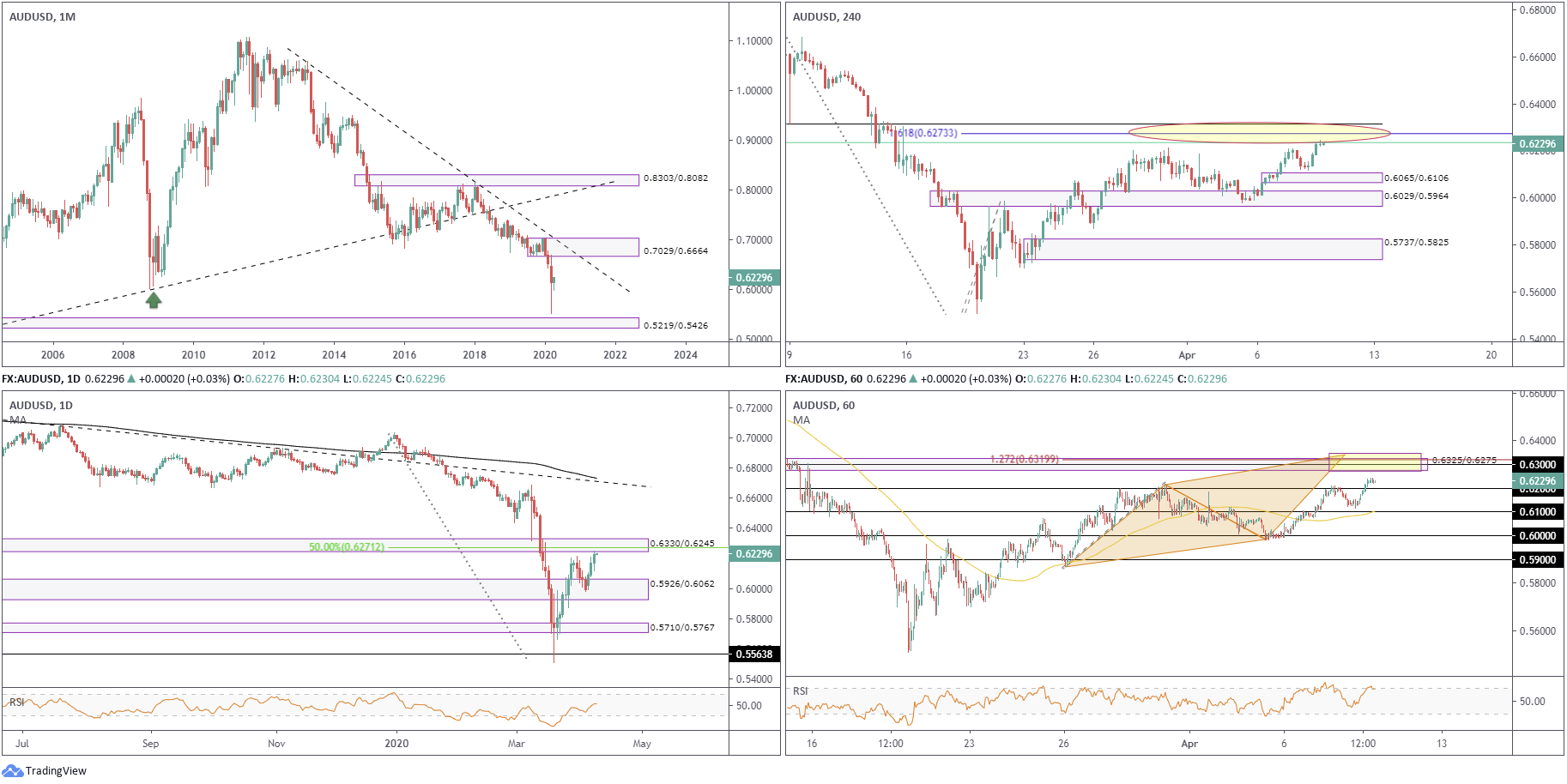 Closing by way of an indecision candlestick configuration, albeit the real body was a touch bigger than traditional interpretation, price action is seen floating ahead of the 200-day SMA value, currently mixing around the 108.33ish region.

Supply at 109.71/109.20, coupled with a 50.0% retracement level at 109.30, continues to remain a reasonably dominant fixture on this timeframe. However, sellers are struggling to latch onto anything concrete, hindered by local support from 108.53, which happens to merge closely with a trendline support (101.18).

Based on candlestick analysis, sellers appear to have the upper hand, with price action printing little to the upside.

As of writing, we are seeing price test channel resistance (109.38), with a break to draw 109 back into the frame. The RSI indicator, for those who follow momentum oscillators, will note the value trades above 50.00 after bottoming at 38.00.

An intraday pullback off H1 channel resistance/109 could take shape today, though whether it would contain enough oomph to dethrone the 100-period SMA is difficult to judge given the dynamic value offered support in US trade yesterday.

Outside of this reasonably narrow formation, we have a demand-turned supply formed at 1.2649/1.2799 which has its lower edge aligning with a 200-day SMA value at 1.2648, whereas a breach to the downside could have candles test the 1.15 neighbourhood: trendline supports.

Heading into the London session Wednesday, price retesting 1.23 and the 100-period SMA rejuvenated GBP bidding, ultimately led by a retreat in USD flow, visible on the US dollar index, or DXY. 1.24 welcomed price action amid US movement, tapping into buy-stop liquidity around highs at 1.2420 and wrapping up the session a touch beneath the said psychological level. 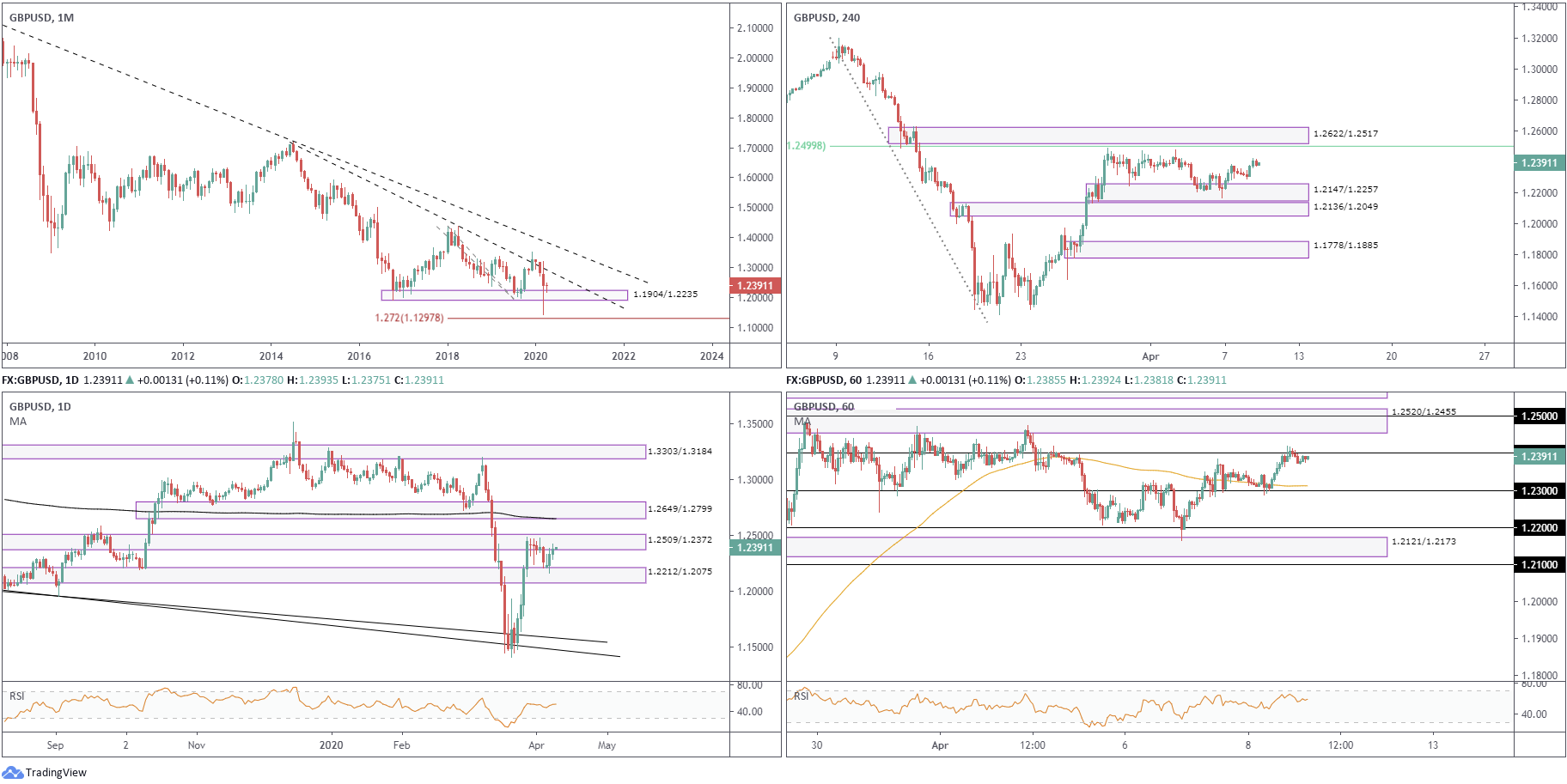